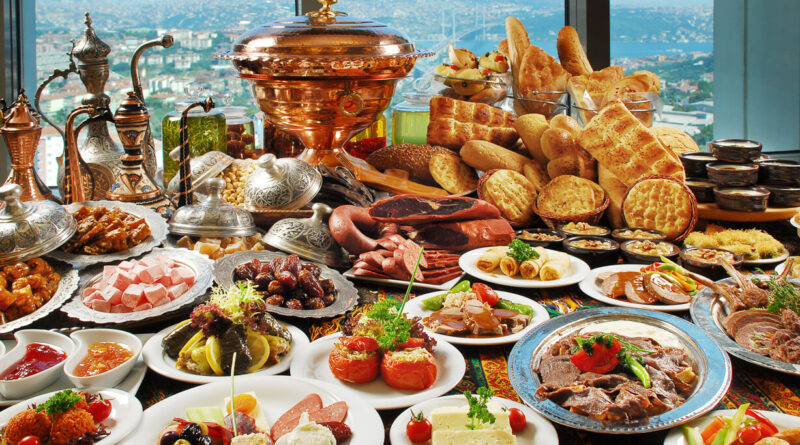 Turkish cuisine is one of the leading tastes in the world. In a typical Turkish restaurant, bread is not served and fried, since it is served fresh. Butter and ketchup service is also not served, since fat and tomato paste is used abundantly in meals. Various vegetables with lamb, mutton or veal are the main dishes. Rice, pastry varieties, bulgur, dry beans, vegetables with rich olive oil are served as side meals.

It is found in special kebab shops, which are popular with meatballs and shish kebabs, doner kebabs, and other varieties of spicy, yoghurt and eggplant. The genuine taste of dough desserts, baklava, kadayıf and the like is obtained from small shops that have been doing this for several generations. Since there is a ban on fishing in May-September, it is necessary to taste the freshness of delicious fish unique to Istanbul in the other months.

There are restaurants of various nations in Istanbul as well as in other big cities. Fast food, many places that provide fast snack service are also derived. However, delicious local dishes are tasted at typical restaurants.

The famous Turkish coffee is served at every opportunity in small cups, plain or other sugar. The word “A cup of coffee has 40 years’ sake” has been said since the 16th century when coffee was used with the consistency known by the Turks. Turkey is a paradise of fresh and dried fruits. Seasonal fruits are sent to Istanbul from all over the country.

Soup is an indispensable part of Turkish cuisine, especially in winter. Lentil Soup, Ezogelin Soup, Yogurt Soup and Tarhana Soup are the most preferred soups. However, Turkish cuisine also includes numerous soups. Meats, Vegetables and legumes are often the main ingredients of soups. Broth, flour, yogurt and noodle are used to make these ingredients into soups.

The belief that Tripe Soup is good for headache caused by alcoholic beverages is common. In particular, the rumen restaurants located in the cities remain open until late hours and serve rumen soup to the customers.

Kebabs are meals that are usually eaten in restaurants and prepared with the grill method. Doner kebab and derivative iskender kebab, Adana kebab, Şiş kebab, Urfa kebab are among the most popular kebabs.

Meatballs are meals made by kneading the minced meat with bread, onion and various spices. It can be grilled, baked, fried or watery. Inegol Meatball and Sultanahmet Meatballs are among the most popular meatballs in the country.

Juicy meat dishes include Casserole, Paper Kebab, and various Kinds and Stews. In addition, there are many fish, chicken and offal dishes in Turkish cuisine.

Stuffed and wrapped can be prepared both with and without meat (Liar Stuffed). They contain minced meat, minced meat, onion and tomato paste. False stuffed vegetables are made using rice, onion, currants and pine nuts. It is used to prepare cabbage and vine leaf wraps.

The most commonly used vegetables for stuffing are vegetables such as pepper, zucchini, tomato, eggplant and onion.

Meat and vegetable dishes are prepared by mincing and cooking meat along with vegetables. There are many dishes, including meaty beans, cauliflower, eggplant moussaka, meaty zucchini, meaty peas, meaty variety, meaty lentils and chickpeas, meaty spinach, cabbage and leek.

Many vegetables can be fried and grilled. Eggplant roast, zucchini roast, pepper, tomato, carrot and muffins are among the popular fries.

In addition, olive oil occupies a unique place in Turkish cuisine. These dishes are sometimes known as olive oil dishes, although they can also be prepared with other vegetable oils, which are cheaper. Green beans with olive oil, bean stew, stuffed with olive oil, artichoke with olive oil, and broad beans are among the dishes in this class.

Lahmacun, pita bread and pastries are among the favorite pastries of Turkish cuisine. In addition, when rice and pastas are included in this class, a wide variety emerges.

Lahmacun and pita are usually prepared in restaurants by baking. Due to the fact that these dishes are very popular, specialist and pita salons have been created.

Pastries can be prepared both at home and in restaurants. Donuts with many varieties can be prepared by baking or frying methods. Again, there are pastry halls specialized in pastry. Minced meat, cheese and spinach are among the most common pastries. The pie prepared at home is prepared using a ready-made dough or a dough rolled from flour.   Water pastry, which is very troublesome to prepare, is a type of pastry that requires the use of boiled dough after boiling in water.

Apart from carbonated drinks, beer and fruit juices all over the world, there are also unique drinks of Turkish cuisine. Buttermilk made by diluting a yogurt drink is completely unique to Turkey. Boza Other than that, turnip juice and sherbet te Turkey is among the unique cold drinks.

Turkish cuisine is a very rich world cuisine in terms of desserts. Turkish sweets show a wide variety. They have a wide range of dough desserts such as baklava, kadayıf, lokma, milk desserts such as custard, kecik, Kazanki, compote and compote, desserts such as revani, halva, asure and Kabak Dessert.

Baklava is among the best known desserts of Turkish cuisine. It is prepared by putting hazelnuts, walnuts or pistachios between the very thinly opened dough and sweetened with a syrup after cooking. The wire kadayıf is prepared with dough, which is sold in very thin wires, and it is filled with similar insides inside the baklava and fried in the oven and then sweetened with syrup.

Dairy desserts are prepared by boiling milk with sugar, then solidifying it with starch, rice or rice flour. Kazandibi, on the other hand, is an interesting Turkish dessert that is obtained as a result of the caramelization of the dessert obtained after preparing it like a custard. Chicken Breast is also a milk dessert, in addition to these ingredients, it also contains the breast portion of the chicken meat that is thinly thinned.

Semolina is used in making some desserts such as Revani, Semolina halva. Ashura wheat is a special place among religious beliefs in Turkey, raisins, a sweet prepared using a variety of herbal ingredients such as beans and chickpeas. Pumpkin dessert is prepared by cooking pumpkin with sugar. It is a dessert that belongs to Turkish cuisine, preferred in autumn and winter.

It is a large range that shows different tastes of Turkish cuisine according to local, that is, geographical regions. These geographical differences have played a major role in the growth and diversification of this great cuisine in the cultural differences it has influenced as well as the region’s climate and soil structure. 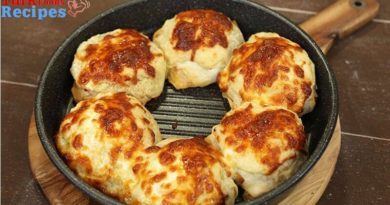 Best Turkish Soups: The Most Delicious Soups from Turkish Cuisine