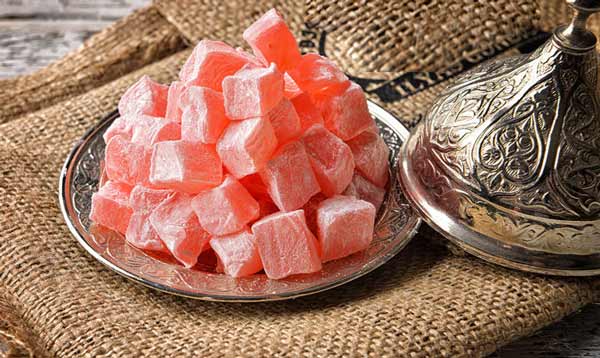 Turkish delight, which is one of the top places among Turkish dessert culture products, was first produced in Anatolia, and then spread to the lands and the world dominated by the Ottoman Empire. Turkish delight, which is among the indispensables of the feasts as it is served next to the Turkish Coffee, comes from the words “rahat hulkum” and “lukme” in the sense of relieving throat-throat.

Turkish Delight is a Turkish dessert made using water, sugar and starch.Turkish delight is a natural and healthy food source and it is known that it has many benefits. For example, protein foods are burned in the body after use, and as a result, waste materials such as urea, uric acid and creatinine are released. Since plain / vanilla delight is a source of carbohydrates, it is recommended to be consumed continuously by kidney patients. Also, it is known that locally delight is still wrapped in wounds and gums for therapeutic purposes.

Although Turkish delight has been known in Anatolia since the 15th century, it became widespread especially in the 17th century within the borders of the Ottoman Empire. In Europe, it became known in the 18th century as a Turkish traveler under the name of ‘Turkish Delight’. Earlier, honey or molasses and flour In the 17th century, the Turkish delight made with the composition of refined sugar, known as “Kelle sugar”, and especially the starch was found and brought to the country, both its production and flavor changed.

How to Make Turkish Delight?

Turkish delight made with sugar, starch, aroma, food coloring and citric acid is produced as follows. Sugar is boiled until dissolved in water. It is mixed with starch and citric acid sugar water, which is kept to dissolve in separate containers. The solution, which is boiled together for a while, is checked with a spoon to see if it has a sticky consistency. Then it is taken to listen in starchy containers for 20 hours. It is shaped and packed on a hard surface.

he benefits of Turkish delight, which glides in the mouth and impresses everyone with its softness, can be listed as follows:

Every region has its own kind of delight in Turkey. Some of the Turkish delight types that appeal to many different tastes are as follows;

How to Serve Turkish Delight?

We have mentioned that Turkish delight, which is a traditional flavor, is a very special dessert. For this reason, we can argue that the way of presentation should also be attentive. However, first of all, you should be sure of the quality of the delight you serve. In this way, you can experience the best tastes with your guests, loved ones and family. 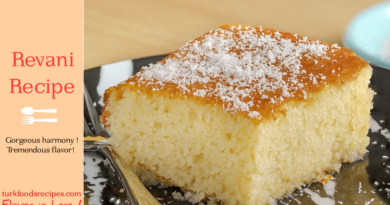 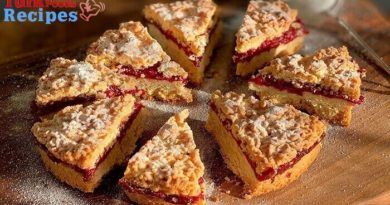 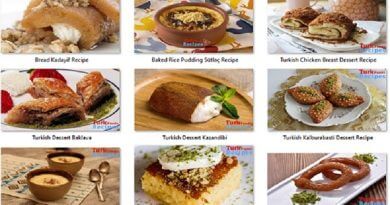