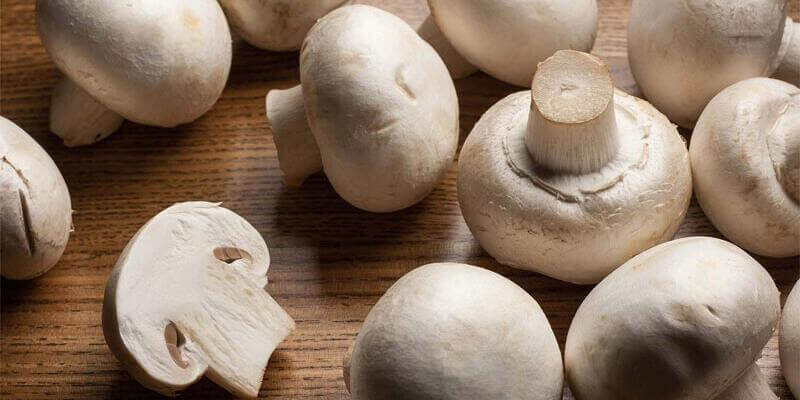 The story of the first encounter with mushrooms, probably for everyone whose childhood coincides with the 80s and beyond, is based on the Smurfs. The name mushroom is actually the name given to a living world. Since the study of the mushroom kingdom is a subject that requires expertise and is very detailed, we will only include examples of edible mushroom species and the way they are cooked.

How to Clean Mushrooms?

You must have heard the saying that mushrooms are not washed, they are deleted. The reason for this is that the mushroom has a very watery structure and it is desired to prevent it from absorbing even more water by washing. While there are those who defend the correctness of this thesis, there are also those who argue that the mushroom absorbs a small amount of water and that this does not have much effect in terms of flavor. The healthiest and most delicious mushroom removal method consists of following the steps of peeling and then wiping. The thin membrane on the cap of the cultivated mushroom, which is the most commonly consumed mushroom, is peeled off. The stem part is also peeled off in a thin plate with the help of a knife. It is then wiped with a clean damp cloth. You can clean the curved parts of the mushrooms, such as Kanlıca, with the help of a toothbrush or, if available, your mushroom brush.

How to Boil Mushrooms?

Since fresh mushrooms deteriorate in a short time, the boiling method may be preferred in order to extend the lifespan a little more. Alternatively, if you are on a diet or have a situation where you should not consume oil at all, you can use the mushroom by boiling it instead of sautéing it. You can also choose boiled mushrooms as an alternative garnish for your salads. If you are going to boil your mushrooms, you can also wash them directly instead of wiping and peeling as above. After separating the stem and cap parts, prepare the boiling water with lemon juice, salt and water in a wide saucepan. Add the mushrooms, the stems and heads of which are separated, to the pot and wait for the water to boil. In the meantime, you will prevent the mushrooms waiting in lemon water from darkening. After the water boils, close the lid of your pot and boil it for 4-5 minutes, then turn off the bottom of the stove and open the lid of the pot. If you are not going to use your mushrooms hot after this stage, cool them in water. You can store the cooled mushrooms in clean glass jars for an average of 1 month in the refrigerator.

Cap Mushroom (Cultured Mushroom): The most well-known and frequently consumed type of mushroom is the capped mushroom, which is a cultivated mushroom. The white cap and stem above the ground can be consumed. Nearly 90% is made up of water. It contains small amounts of carbohydrates and fats. About 70% of the protein in mushrooms is digestible protein.

Goose Foot Mushroom: This mushroom is known by different names in different regions. Chicken mushroom in Giresun, goose foot in Thrace region, honey in Bolu are known as women. It is a very tasty and valuable mushroom. Accordingly, the price is also appropriate. It tastes like chicken meat. The name it took from the Giresun region comes from here. Also known as chicken tirmid. It has a light orange or yellowish color. The part under his hat resembles an accordion.

Egg Mushroom: Another name for this mushroom is emperor mushroom. He has an orange hat. Yellow belly is also known as bridal mushroom. It is a mushroom that is seen only in April and May after abundant spring rains in forest areas and is very difficult to collect. Therefore, it is sold at higher prices. It tastes like fish meat and is fragrant.

Lamb Belly: It is one of the mushroom species that is abundant and widely used in our country. It has a very delicious taste. It is seen that it occurs singly or in groups in forests in the period between February and June. It is also sold after being strung and dried.

Non-dairy Mushroom: The head of the milky milk mushroom, which has a sticky structure, is funnel-shaped and has a hollow in the middle. The outer part of his hat resembles an accordion. It grows in the period between July and January. It is white, but as it ages, it becomes more yellowish and brown spots appear. Before cooking, it is put in salt and waited for the bitterness to come out. It is a plump and meaty type of mushroom.

Red Reishi Mushroom: It is the type of mushroom that should come to mind when you hear the term immortality mushroom. This fungus is a type of fungus used for medicinal purposes. Tea, coffee and soup are sold. The use of this mushroom dates back to about 1800 years ago and in China. Reishi mushroom promises a young and fit body at any age, as well as a long life as well as mind and body. It regulates blood circulation, has a protective effect against heart attack. It is protective against cancer. For this reason, it is especially recommended for people with a family history of cancer. It strengthens the immune system. With this feature, it provides protection against diseases that may occur due to genetic reasons or aging. It helps to remove tonsins in the body. It increases the oxygen level in the blood. In this way, it provides more oxygen flow to the skin and beautifies the skin by improving its appearance. It helps to provide and maintain sleep patterns. When used regularly, it has a healing effect on stress and stress-related problems. It has a protective and curative effect against problems such as hepatitis, liver disorders, cholesterol, bronchitis, diabetes, high blood pressure. He is also said to be battling AIDS. One of the most important points to note is that it is prohibited for use in children under the age of 10. 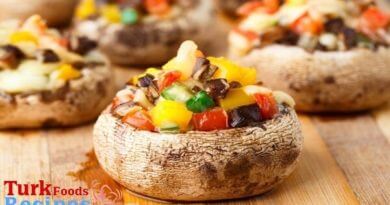 For All Vegetarian Turkish Stuffed Mushroom With Vegatables Recipe

One thought on “How to Boil Mushrooms ? Mushroom Species”